At the time of a high competition in the gaming industry to make have influence in the history, there were very few handheld video gaming consoles out there making noise on a global scale. Among them typically were Nintendo Gameboy, Bandai’s WonderSwan and a couple of others. Each of these competitors had their own share of games respectively. This still did not support to other consoles other than their respective gaming console. Among these games, some of them were really making huge noise on the surface, like Neo Geo Pocket’s Snk Vs Capcom, Metal slug or King of fighters

Yet, there were other games that were not making much of noise on the surface but rather underground. Among them remained this underrated game, Dark Arms: Beast Buster. This was a brilliant piece of a game regardless of this games fame.

The release of Dark Arms

Dark Arms: Beast Buster was released on October 21, 1999 in Japan, on November 12th, 1999 in Europe and on November 23rd 1999 throughout the North America. The game was published by mighty SNK. Developers were Noise Factory and SNK. Noise factory was basically the developer company owned by SNK at the time.

They did brilliant work together putting this magnificent piece of game together and out there. This is a genre-wise, action-role-playing games and, you can also consider this game as of the RPG genre. The thing is this is a single-player mode game, so no tag team unfortunately. Well, that alone will keep you at it and make it even more interesting, but that it is only for the campaign mode. Read on to find out about this little piece of Easter egg.

Why should you play Dark Arms: Beast Buster?

As you have just learnt, Dark Arms: Beast Buster comprises the features of various game genres which makes it very challenging and exciting. The game was pretty sophisticated for its time and it was spooky and curious at the same time.

One of its greatest advantages was a great number of different creatures whom you can meet while exploring a large and detailed map of the game. Furthermore, this game had a very peculiar approach to ammunition which allows players to literally create their own weapons. This is possible due to the fact the weapon the players get from the very beginning is not meant for killing creatures. It is capturing them inside and, depending on the particular type of the creatures locked inside, the weapon is changing its properties. This is very curious feature which you will certainly would like to experience.

Dark Arms: Beast Buster is one of the old-school games everyone should to play regardless of whether they witnessed its release or have come across the title when it had already been considered to be old-school.

The best free offline games for iOS and Android

When is it a high time to switch to a new video game?

Everything you need to know about Dark Arms: Beast Buster

Dark Arms: Beast Buster – the history of the game 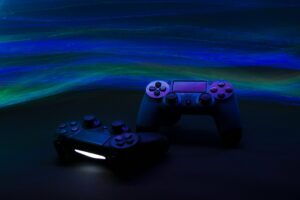 The best indie games according to Google

What are indie games and why should you give them a try?